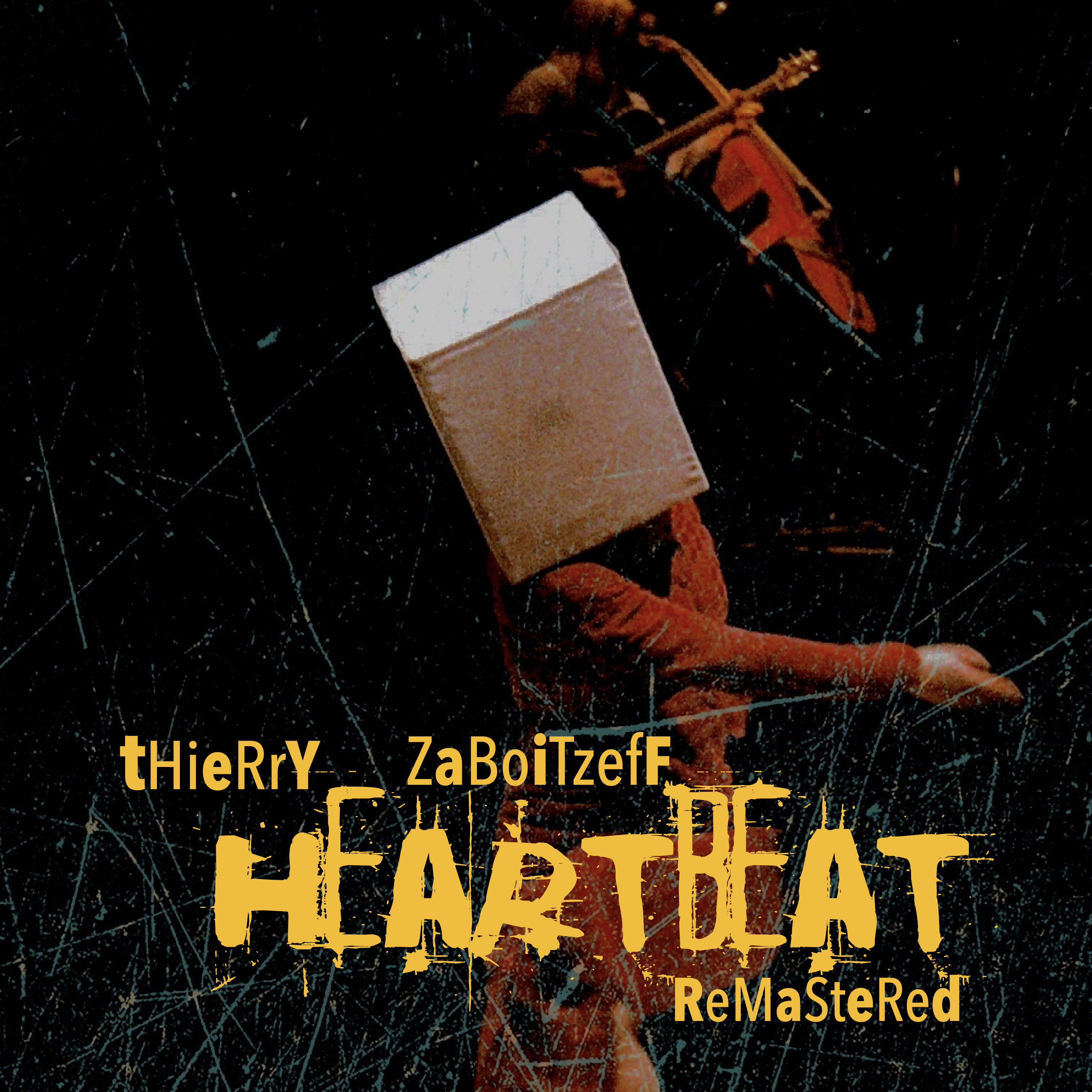 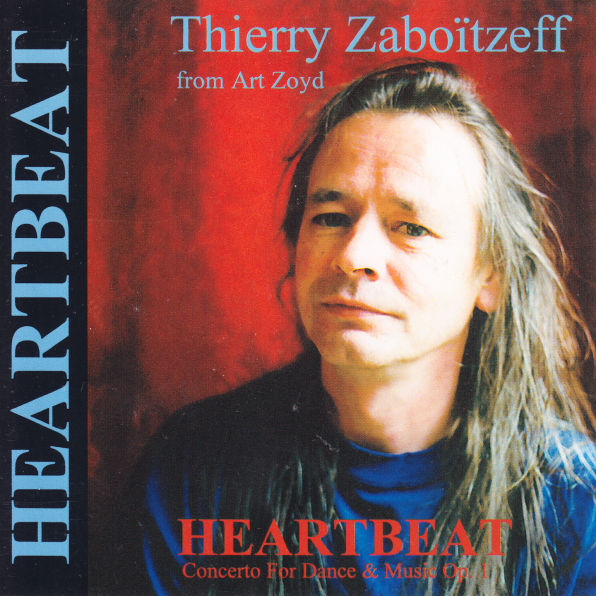 ‘Heartbeat’ was the first solo album Thierry Zaboitzeff made after leaving Art Zoyd. At that time the separation was not absolutely final, at least not when the cd first came out (‘Häxan’, the last album Zaboitzeff worked on, was also released in 1997). Under Zaboitzeff’s name you can still find ‘from Art Zoyd’ printed on cover and disc. ‘Heartbeat’ is - like most of Zaboitzeff’s solo work – the soundtrack to a dance theater production of the same name. Editta Braun created the choreography and lent her voice to a few pieces. Some of the cd’s tracks were recorded during the production’s first performance in Salzburg in April 1997. The cd’s subtitel is ‘Concerto for Dance & Music op. 1’.

Zaboitzeff recorded the music to ‘Heartbeat’ completely by himself, and during the performances he more or less played the work live (with the help of computer and sampler). Because Zaboitzeff was Art Zoyd’s dominant element (along with Gérard Hourbette, with whom he shared the composing), it’s not surprising that ‘Heartbeat’ bears a great stylistic resemblence to the Art Zoyd albums on which Zaboitzeff worked and which were released shortly before ‘Heartbeat’, such as ‘Faust’ and Häxan’. Zaboitzeff’s solo music is somewhat simpler and more catching, but all in all the album sounds exactly the way one would expect an Art Zoyd musician’s solo album to sound. ‘Heartbeat’ contains neo-classical Kammerrock

sounds, made up of string-sounding keys, e-guitars, bass, cello and countless sampler sounds and noises, including drum and percussion imitations. Zaboitzeff sings now and then, his voice at times deeply groaning or normal and musical.

‘Heartbeat’ starts off powerfully. Beeping synthesizer sounds, a thunderstorm pouring out of the speakers, the creaking noises of a sailing ship, splashing water, howling winds, sonorous humming, MIDI-saxophone interludes and all kinds of sounds make up the very dense and pressing ‘Introduction’, after which subdued bells chime into the measured pace of the ‘Kijé’, an interpretation of the well-known theme from Sergei Prokofiev’s’Lieutenant Kijé’s Suite’, more commonly known in rock circles as Sting’s’Russian’. Zaboitzeff’s grunting voice is very effective in this song. The sound quality of this album, like all of Zaboitzeff’s work, is very impressive, very powerful, clear and full of nuances. The music’s key note is rather gloomy and melancholy, but the addition of tribal singing samples give it an occasional exotic ethno-atmosphere.

Threatening clouds of sound, atmospheric sound flickers, disturbing sound collages and the sustained measured pace of Kammerrock all can be found on ‘Heartbeat’, as they characterize Art Zoyd’s electronic albums from ‘Nosferatu’ on, only with less complexity and denseness than Zaboitzeff’s ex-band. A few strange songs, sung in Zaboitzeff’s strange voice (‘Russia’, ‘Clear Light’ or the bizarre cover version of ‘See Me, Feel Me, Touch Me, Hear Me’) skillfully lighten up the album. It’s not always quite clear which language Zaboitzeff sings in – it could possibly be Kobaïan. Because guitars, bass and cello often take over the melodic line, ‘Heartbeat’ doesn’t seem overly ‘electronic’, even though it’s teeming with sound samples. Insiders will recognize some of these samples from other Art Zoyd albums, as mentioned above, and also from Zaboitzeff’s second solo album ‘Dr. Zab and his robotic strings orchestra’. This will not be the last time the Frenchman uses the same sounds again.

I like ‘Heartbeat’, even though it contains a few simple, somewhat stomping electronic-canned drums-dance sections, which i suspect most Art Zoyd fans won’t like. If you are one and stumble over this album, buy it !

The de facto brain behind Art Zoyd since 1975, Thierry has now gone AWOL from that French institution, and seems to have spared nary a moment in rushing headlong into a solo career. Still this isn't his first one-man-band outing if we take irito account 1983's "Promethee", and the subsequent, "Dr. Zab's Robotic Strings Orchestra". In the past he displayed an awe-inspiring wizardry for creating chillin!J atmospheres by manipulating textural and the matic materials into an identifiable and irony-emblazoned chemistry. And now he takes it even further, the difference being tha i the gothic-futuristic Zaboitzeff approach is dished upon a concise song context, with vocals and (at times) even discernible lyrics, though still intoned by a deep-froill -the-tomb baritone . He sounds like some demented Cossack. Though largely realized using sampler keyboards. "Heartbeat" sees him continuing to mine the most unexpected sound sources, juxtaposing them in startling new ways: the cello in "EI Amor Brujo"; the bass harmonics (which after all is his main piece of hardware) in "Leger Comme Ie Vent". Marvel at how he flanks this Satie-like furniture music against the frantic pacing of "Komba" and you begin to see what was probably holding him back in Art Zoyd. Guitar and female voice embellish the mini-canvasses as well, neither a single note or turn of phrase ever being poorly placed. Solo ventures are often a mele skeleton of past glories, but not so in this case. If you have ever been reluctant to step into the Art Zoyd universe for fear of its staunch unfriendly welcome, then this CD is tailor-made for you.