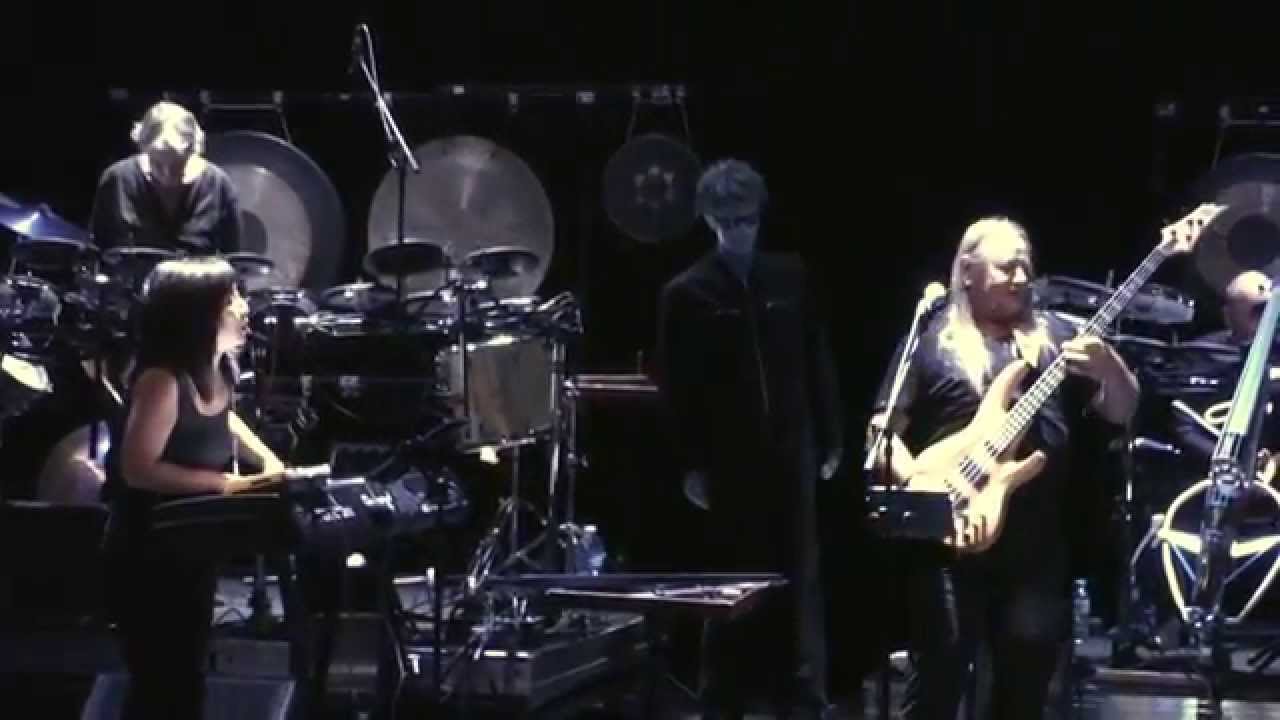 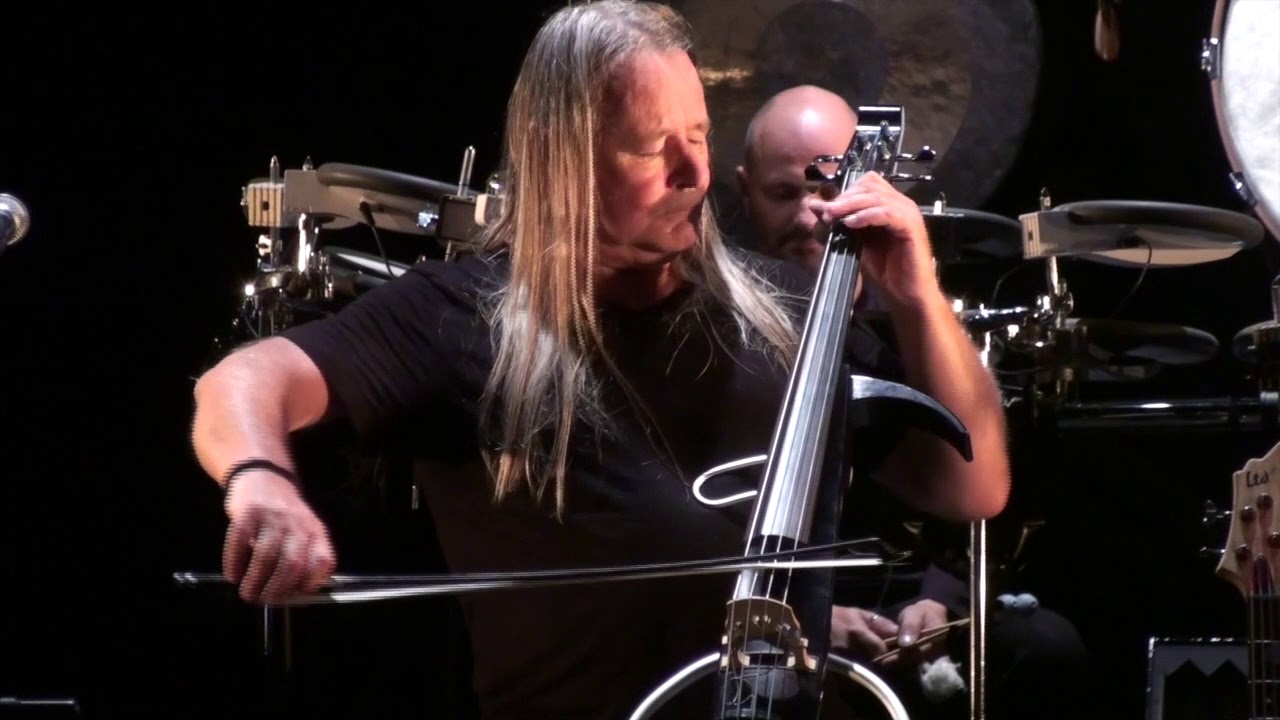 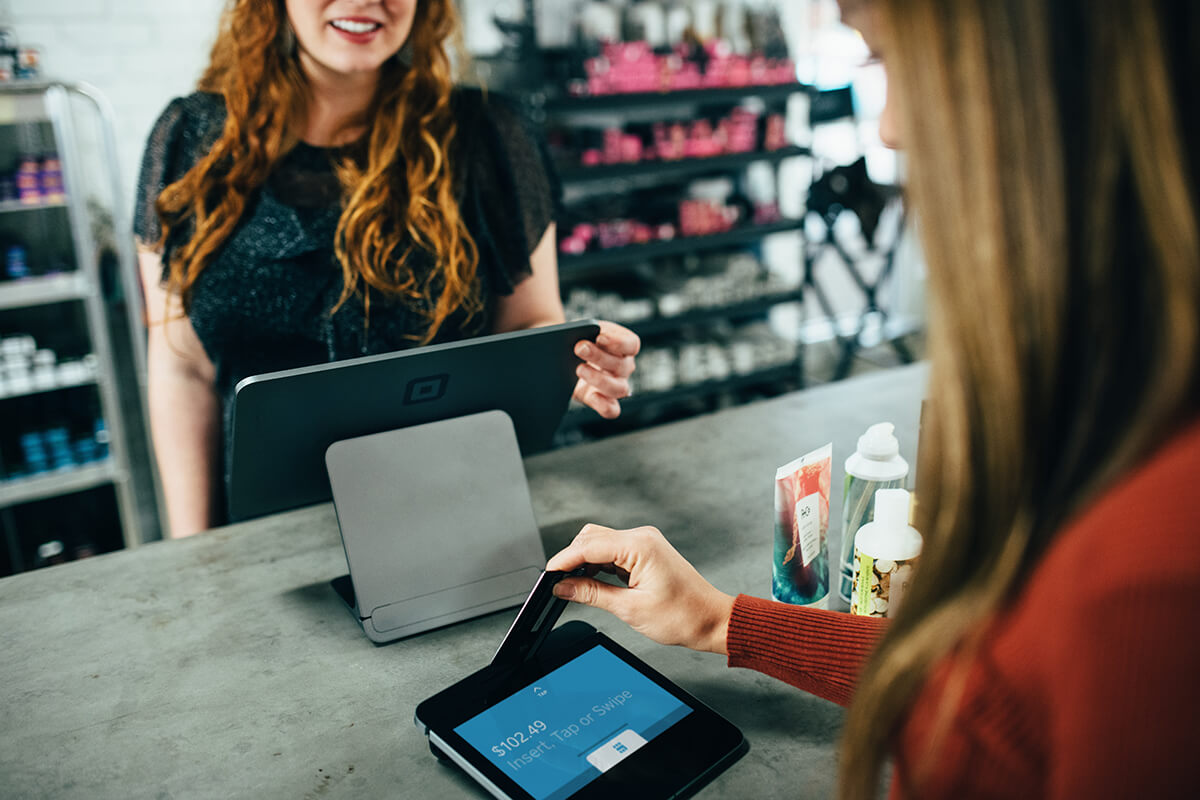 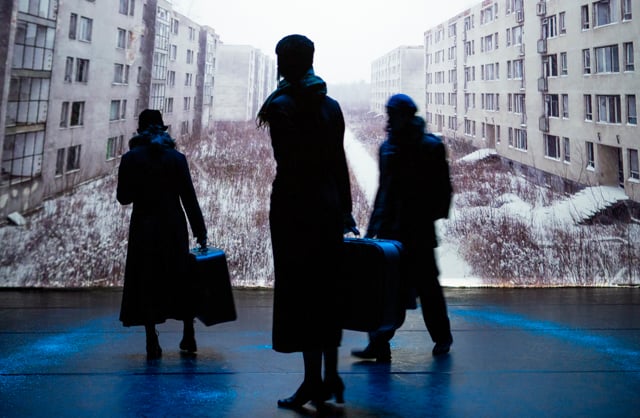 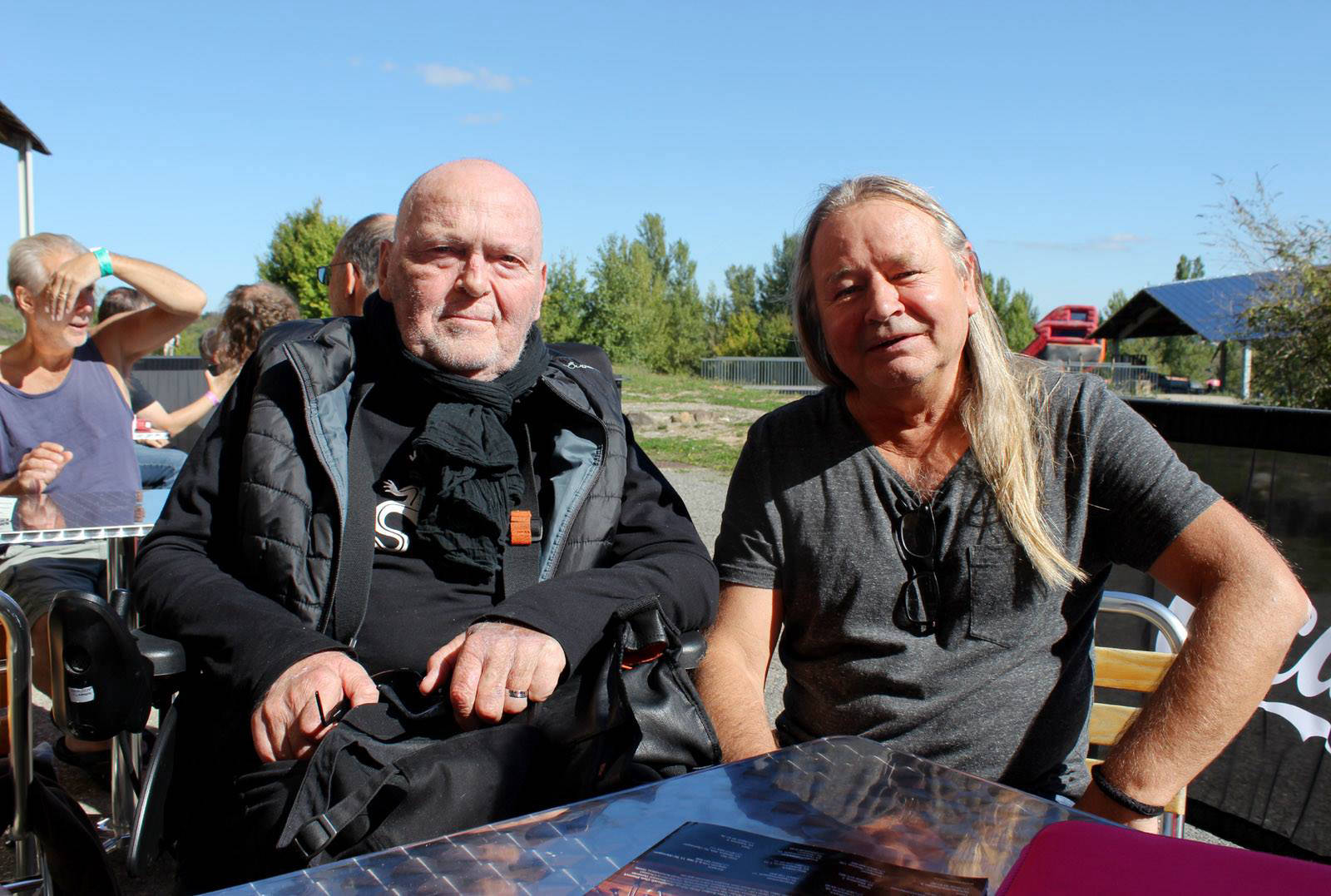 (from the programme of the Phénix de Valenciennes Scène Nationale in 2016)
Few groups can boast such longevity! Born in the creative effervescence of the 1970s, the group, now based in Valenciennes, has a gigantic repertoire that has become a reference today. This concert will be an opportunity to hear a (tiny) part of it again!

Much more than a retrospective, 44 ½ will be a re-adaptation of the entire repertoire, joyfully led by the former and current members of the group, exceptionally reunited. On stage, historical members and performers from the different periods join together to serve this music written from the turn of the 70s and 80s to today. The idea is to show that these pieces have become repertoire pieces, and can therefore be replayed or reinvented. And if the concert crosses the years (from 1976 to 2008), it is to better prove that time has no hold on a definitely timeless music. The mark of the greats. 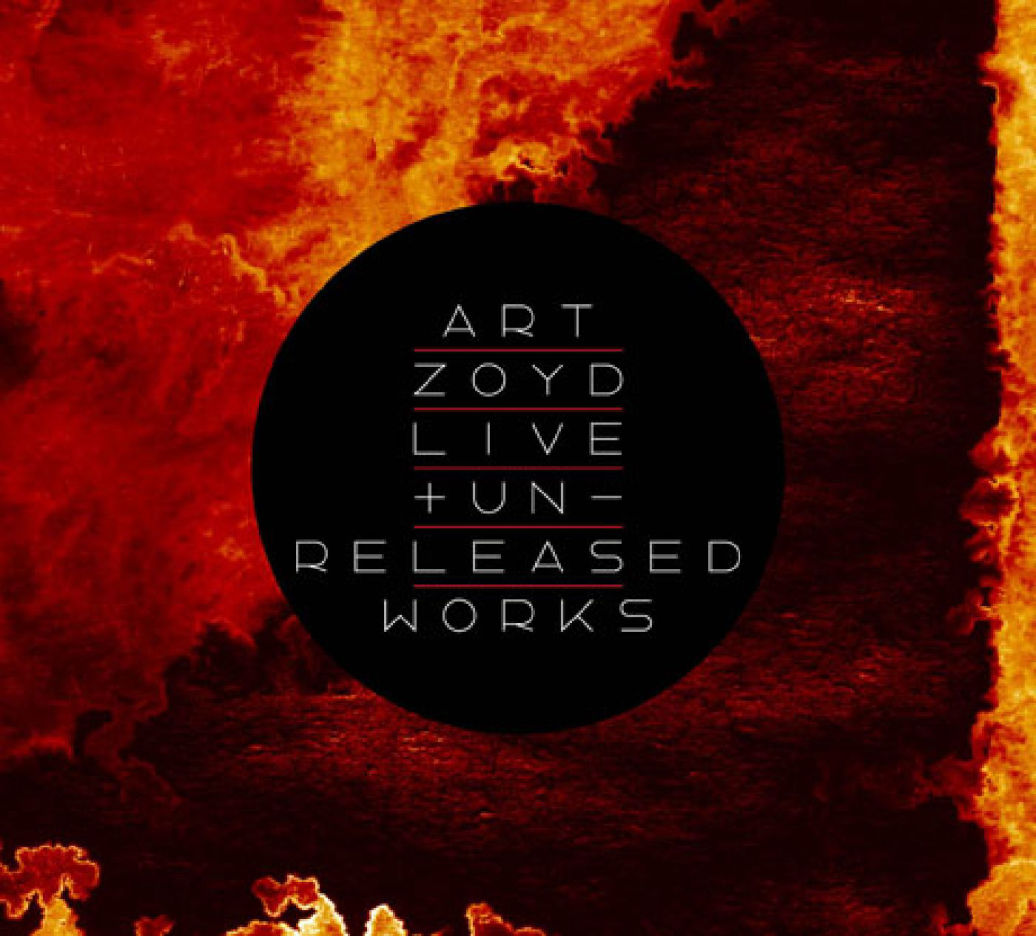 This 12 CD/2 DVD box set
will bring this unique reunion to a magnificent close.

Trying to make France's Art Zoyd fit into a single neat description is an exercise in futility. Sometimes they're fiendish sonic saboteurs bent on destroying listener's preconceptions about the way music works. Sometimes they're musical sorcerers conjuring strange but bewitching moments of lyrical beauty.
You could call them the original post-rock band, moving on from the dark, stormy sounds of prog legends like Magma and King Crimson to something that makes even those fearless explorers sound conventional by comparison. You'd be equally accurate in dubbing them avant-classical composers, whose experimental visions are influenced by Stravinsky and Schoenberg.
They were members of the notorious Rock In Opposition (RIO) movement alongside the likes of Henry Cow and Univers Zero. They're impressionistic soundtrack composers. They're a band. They're a multimedia collective. Ultimately they're simply Art Zoyd. And it takes a document as massive and monumental as the 12-CD/2-DVD/2-Book/2-Poster set 44 1⁄2 to even come close to offering a comprehensive picture of what they're all about.
Containing hours of live and unreleased material from the vast Art Zoyd archives, 44 1⁄2 delves into the dense jungle of wildly diverse periods in a story that goes all the way back to the '70s. But it also provides many of the missing links in their long, knotty discography, filling in the gaps between their official releases and weaving together all of Art Zoyd's disparate stylistic strands into a majestic, multicolored, even imposing tapestry.
The tale told by 44 1⁄2 incorporates everything from decades-old demos for brilliant but abandoned pieces to live recordings of multimedia extravaganzas involving film, theater, and more. It encompasses intimate trio performances as well as full orchestral assaults featuring dozens of musicians in full flight. It offers explosive industrial soundscapes and sweeping symphonic surges, quiet dread and monumental wallop, delicate acoustic chamber pieces and bustling electronic outbursts.
Art Zoyd has always been a band in flux, not only stylistically but in terms of personnel as well. Countless musicians have come and gone through the band's ranks over the years, but most of them can be heard here, with core players like bassist/cellist Thierry Zaboitzeff, trumpeter Jean-Pierre Soarez, keyboardist Patricia Dallio, and violinist/keyboardist Gérard Hourbette providing the through-line.
On recordings that go all the way back to 1975, this sprawling set—you can't capture the gist of an ensemble like this without going heroically deep—spotlights the multitude of ways in which Art Zoyd blazed a trail unquestionably their own. Their constantly shifting sound was even a million miles from that of their aforementioned RIO comrades, let alone anything even minutely more conventional. They've always been left field of the left field, the maverick's mavericks, and if anything, this set underlines just how diligently they've
pursued that grand idiosyncrasy decade after decade, offering new views of their evolution in the bargain
In a 1996 live performance from Copenhagen, we hear the sinister but subtle, foreboding atmospheres and nuanced textures of Art Zoyd's accompaniment for the classic 1921 silent film Häxan (Witchcraft Through the Ages). A 2000 concert recording from Maubeuge, France, finds the group joined by a 43-strong ensemble for the dense, brass-heavy orchestrations and pile-driving avant- industrial percussion barrages of the symphonic poem "u.B.I.Q.u.e."
"Final," from a 1975 show in Nancy, wrings an orchestra's worth of dark, gothic-flavored sounds from just guitar, violin, trumpet, and bass, while the 2000 live reading of the wildly diverse "La Nuit Du Jabberwock” from Armentieres with Belgian ensemble Musiques Nouvelles features everything from neo-classical movements to electronic minimalism and mutated funk grooves.
In 44 1⁄2 we also get glimpses of glories that were nearly lost to the ravages of time, like the previously unreleased 1990 demo for "Theopanie (Eloge de la Variete)," a piece where Art Zoyd comes off like '80s Tangerine Dream or Kraftwerk amid metronomic beats and a surprisingly linear latticework of synth riffs that would seem anomalous if the group wasn't so tough to pigeonhole to begin with. Then there's the demo for "Alabanje Kalabanza," where Eastern riffs and an urban framework come together for what could almost be the soundtrack to some bizarre crime drama.
Whether they were warping centuries-old classical styles with their sonic funhouse mirror in a piece for the 1989 bicentennial of the French revolution, transforming themselves into an alternate-universe jazz trio in their 1983 accompaniment to Didier Fusillier's play L'Etrangleur est Derriere Vous, or indulging in the unabashed beauty of the piano and choral voices on "Debut" three years later for another of Fusillier's works, Terra Terra!, Art Zoyd has consistently flouted expectation at every juncture throughout a long, prolific career. And now, with the arrival of 44 1⁄2, we can finally get a long view of all their most compelling twists and turns along the way.
Pour plus d'informations:
www.cuneiformrecords.com
http://www.artzoyd.net 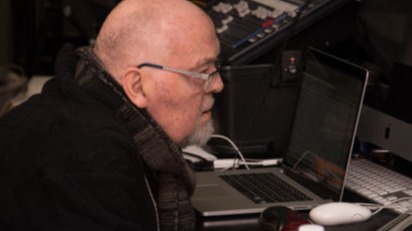 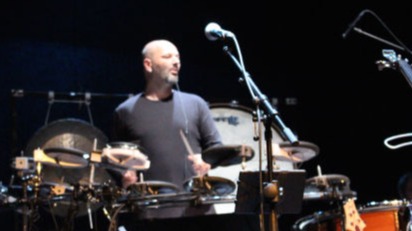 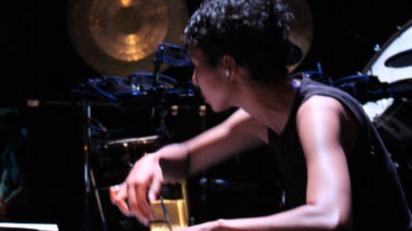 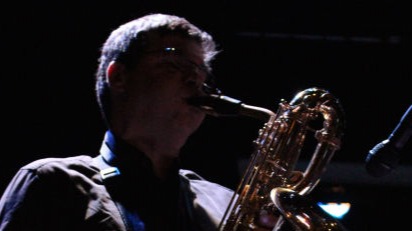 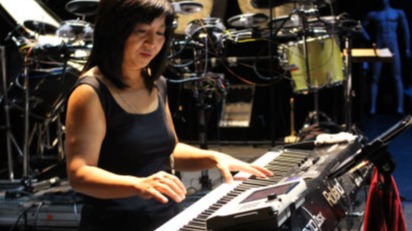 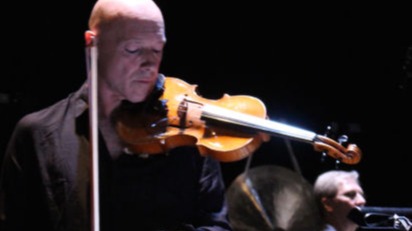 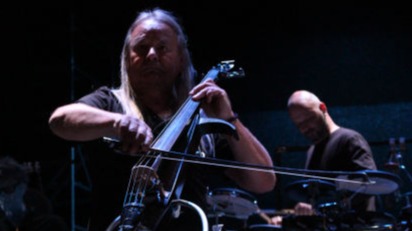